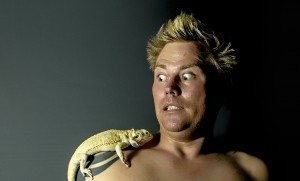 John is all prepped up. He spent a week collecting information, preparing slides,
creating questionnaires, and then some more material for his upcoming seminar.

On the big day, he walks into the hall seating 300 or so delegates. He shivers. His brain seems to have stalled.

His multiple readings of How to Win Friends And Influence People are now abortive.

It’s usually a few of the many public speaking myths that cause that stall. Most of these are self-perpetuated or come from groups of people who are terribly misinformed.

It doesn’t have to be that way. Here are a few public speaking myths that are likely to freeze you tight:

I have to be good at it

You don’t have to be a Tom Hopkins, an Anthony Robbins, or a Randy Gage. You don’t even have to be a keynote Speaker like Mark Fox. You can be who you are and you are good enough that way.

Mark didn’t go to a training school or waited until he could mesmerize audiences when he first started public speaking. He just went for it, heart in the mouth and hands in the air.

You don’t have to be good at anything to start. You just have to start, and work on your public speaking skills along the way.

I have to be an expert

You’d usually see Hollywood actors donning different roles in various movies, don’t you? They are nothing like that in real life. Public speaking is an act—just like acting is. Public speaking is more a display of confidence and a wee bit of expert knowledge than it is about the actual subject matter itself.

It’s not to say that you don’t have to know what you are talking about; you certainly should. All we are saying is that it’s not “as important” as taking the stage first, and confidently at that.

They will judge me

Here’s a little nugget from Human Psychology 101: no one is as interested in you as they are in themselves.

Of all the people in the hall, chances are that they are vaguely listening to what you have to say. They all come with bundles of worries in their own head. They have businesses to take care of, families to attend to, and a never-ending list of pesky troubles that they have to deal with.

Loaded with all that, they aren’t paying 100% attention while they are seating in that room.

If they are that loaded, they won’t listen to me

Sure, they all come loaded with their baggage. As a public speaker, it’s imperative then that you grab their attention. It’s your job to shake them off their troublesome selves and transport them into a world of [whatever it is that you talk about]. That’s where Keynote Speaking and public speaking best practices come kicking in – be it confidence, personality, subject knowledge, tone, voice modulation, humor, and your ability to engage audiences.

They heard it all before

There’s no dearth of information today – books, media, blogs, podcasts, videos, and say what. Yet, you’ll be able to make a difference to that audience sitting there, waiting for you to speak. They’ll want to hear from you because no one talks, presents information, adds insight, and run by examples the way “you” do.

You come with your own set of personality traits, presentation style, and life experiences that are unique to you.

Since they are unique to you, the impression you make and the story you tell is a different experience for the audiences.

How is your Public Speaking gig coming along?