But I did the math. If I worked on it for a few hours every other night and, say, every other weekend, that should only take me a couple of years to finish. That didn’t seem so bad, given that at the end, I would have my own airplane. Sure there were times I thought I might not finish, but I would just stop and take a breather now and then.

You need to tackle big projects, like this one, by breaking it down into manageable chunks, i.e. baby steps. Just concentrate on what you can finish this week, and try not to be overwhelmed by how much work remains.

23 months later I had my 1st flight and it was worth every minute of the building and learning process. Amazingly, I finished a month earlier than planned and, to date, my plane has brought me 6 years of pure joy.

About a month ago I decided to start a new business selling health related products on the web. With all the craze around Atkins and South Beach Diets, it appeared to me that there still weren’t a lot of web sites targeting this market. I see a niche, so I am going after it.

It is a little scary, but as long as I load about 100 products a night into the database, it’s not so bad. Plus I have accomplished so much in just the 1st month. I have picked a company name, registered as an LLC, designed a logo, selected distribution partners, and made significant progress on the site itself. With any luck, I think I can launch the web site by April.

New open source code, called “Mambo”, was used to build the web site. I purchased a “PHP-Nuke template” and it is being customized to my specifications. The site is integrated with a commerce engine called “OS Commerce”.

Recognizing when you need help is always important. I, myself, am never afraid to ask for assistance. Since most of the above paragraph is Greek to me, I partnered with a friend who understands all this IT stuff to build the technical part of the site and we have some guy in Zurich modifying the PHP-Nuke template. 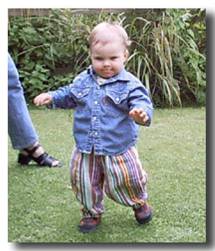 It seems like we run across at least 5 new problems everyday. All of which initially seem insurmountable. However, by breaking the issues down and applying a collaborative effort, we have found a solution for each item…at least so far.

In the end the site will be built so I can change and modify whatever I want without understanding anything about HTML or web site code. This is important because the last time I wrote a piece of computer code the language of choice was FORTRAN 77.

I’ll let you know when the site is up and running and you can let me know what you think. Hopefully I’ll look back at the site one day with the same pride I feel when I fly my plane today.

So don’t be afraid of those elephant sized monster projects. All you need to do is break it down into baby steps. The worse thing you can do is just sit there and not try because you’re afraid of failure. As Nike would say, “Just do it”.